Savita Kovind, wife of the President Ramnath Kovind, inaugurated the Chandigarh Bird Park on November 16. However, it was open to the public the next day onwards. The Department of Forest and Wildlife, UT has constructed the park with a primary motive of protecting the endangered and other species from becoming extinct. Additionally, the secondary motive behind the establishment of this park is to spread awareness amongst people regarding bird conservation and nature conservation.

Chandigarh Bird Park is located in Nagar Van, behind the Sukhna Lake. Therefore, if you’re by any chance visiting Sukhna Lake, you can also go to Bird Park and vice versa. The area of Bird Park covers nearly 6.5 acres of land.

The Bird Park is home to nearly 550 exotic birds belonging to 48 different species. The species include:-

The scientific name of Black Swan is Cygnus Atratus. It belongs to the kingdom Animalia. The body of this species is dark while the feathers are tipped white. The color of their eyes is bright red while that of their bill is orange red. These swans grow from a size of 2 ft to 4 ft. They have a life expectancy of up to 40 years. These birds feed mainly on aquatic vegetation. There natural habitat is lakes and rivers. This species has a massively large range and can be found in Australia, Tasmania and New Zealand.

Green- Winged Macaws are the second largest parrots subsequent to the hyacinth macaw. This species is known as Ara Chloropterus in scientific terms. These are covered with mostly red plumage. The color of the wings and tail feathers is blue and green. This macaw has a white, naked face, minerals extracted from riverbanks. These have a life span of 60 to 80 years and grow from 25 to 37 inches throughout their life. Natural habitat of Green- Winged Macaws is tropical rainforests, savannas and mangroves.

Blue Gold macaws have scientific name known as Ara Ararauna. These have a long tail and are mainly blue and yellow in color. Their forehead is green. The upper part of the body is brilliantly blue and the sides of the neck and body are golden yellow. These have a lifespan of up to 80 years. These grow from 34 to 35 inches. They feed on seeds, plant material, fruits, nuts and berries. The natural habitat of this species is forests, woodland and swamps. Blue Gold Macaws are generally found in Venezuela south to Peru, Brazil, Bolivia & Paraguay and some parts of Panama.

The scientific name of this species is Cacatua Ducorpsii. It is a large white parrot but yellow under the wings and tail. The skin around the eyes is blue while the beak is hooked and blue gray in color. This species feed on seeds, nuts, fruits, berries and some insects. These birds live for a period of approximately 65 or more years. A fascinating thing about Ducorps Cockatoo is that it can mimic the sounds of other animals and even human beings. Naturally they inhabit in dense forests.

The park has two walk-through aviaries namely aquatic aviary and terrestrial aviary. The aquatic aviary is home to White swans, Black swans and some fish. On the other hand, terrestrial aviary nests other species such as Ducorps Cockatoo, Green Wing Macaw, Blue Gold Macaw, Budgerigar and others. The Park is designed in such a way that the birds can have free flights and the ability to nest within the natural habitat. Further, the department has covered the space inside the park sufficiently with ideal herbs and shrubs. Hence, the birds can live comfortably within their imitated natural habitat. Further, there is a cafeteria and a souvenir shop as well.

The ticket prices for visiting the park are very reasonable. An entry fee for children between the age of 5 to 12 years is INR 30 whereas it is INR 50 for people above the age of 12 years. The special ticket named Winged Wonders, worth INR 100, facilitates an entry to the walk-through aviary. Here, you can be really close to the birds. In fact, you can touch them and play with them but of course under the supervision of the officials.

The park would be open to the public from 10:00 am to 5:00 pm throughout the whole week. However, the park shall remain closed for every first two days of the week i.e. Monday and Tuesday. To ensure that birds get a proper rest and the regular maintenance is conducted smoothly, the park will be closed for the first two days during every week. Also, the department suggests that Wednesdays can be reserved for school kids.

The response of the public towards the park has been really overwhelming. Since over 13000 people have made a visit to the park within the first five days of its opening, the park proves to be of great success and an attractive tourist site. Nearly 900 people visited the park on the first day. And around 3000 people visited on each subsequent day.

As Mrs. Savita Kovind toured the park, she appreciated the efforts of the department and stated that the park would be an attraction to many nature lovers and environmentalists. So if you are one amongst them, you should definitely give it a shot. My personal experience concludes that this place is really beautiful and peaceful. Consequently, it drives you closer to nature. When you are strolling around, watching the birds, you feel a sense of belongingness towards them. Ultimately, the park has proved to be worth visiting for me. Now, it’s your turn!

Apart from the Bird Park, the beautiful city Chandigarh is home to a plethora of fascinating and popular tourist sites. And these are worth exploring.

Hi! This is Amrinder Kaur, the author of this article. I am a current student of Content writing at Techedo Technologies, Chandigarh. Hope this article will be of great benefit for you.

Angular or React Js which is better

When you think of the Java Script ecosystem, you will almost certainly think of Angular and React Js. These are two of...

END_OF_DOCUMENT_TOKEN_TO_BE_REPLACED 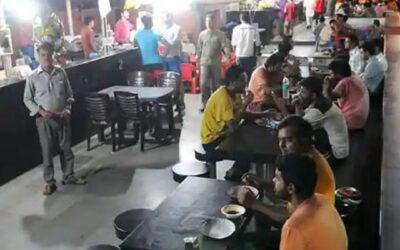 First, we all eat, then do anything else. As you all know Chandigarh is best in everything like exploring new places...

END_OF_DOCUMENT_TOKEN_TO_BE_REPLACED 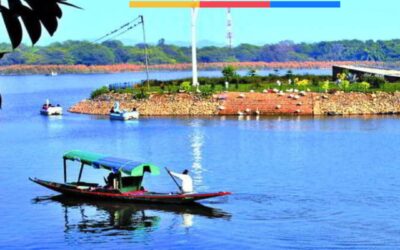 Today in this blog I am going to tell you about the famous Sukhna lake Chandigarh- 'The City Beautiful. It is one of...