Mean Stack vs Mern Stack – Which course is better?

In this modern world, web application development is becoming more and more relevant day by day. But many of us are still not introduced to it. Before getting into the Mean stack vs Mern stack, let us make you understand about technology stack and its basics.

Grammatically, A stack is an arranged pack of cards, one on top of other, in organized manner to gain some Advantage. Similarly, A Technology Stack is a combination of several programming languages, technologies and software tools which works in a collaboration with each other.

Mean stack and Mern Stack are two of the most useful and popular JavaScript applications-based technology of web development. Both Mean and Mern stacks are leading software technologies with Java Components, but there is big competition in the market, which will be discussed here. Question of mean stack vs mern stack, always comes to our mind.

What is Full Stack?

Before, getting into the Mean and Mern Stack, let us introduce you with – Full Stack Technologies and hegemony of Mean and Mern stacks

Full Stack Technologies are the combination of software tools which helps in the development of both front-end (client side) and back-end (server side) portions of application.

There are many different full stack technologies as mentioned in an image.

All these technologies are essential in their own way, questions of comparison like mern vs lamp, mean vs mern and Jam vs mean, always come front foot. But, In reality Mean and Mern stacks are most used and popular ones. Why?

Because these are both modern and faster in their nature. With the help of java in it, Easy to complex web applications can be made . This makes their preference stronger than the others. Moreover, their databases and components are well functioned.

What is MEAN Stack?

MEAN stack, is a JavaScript based full stack framework, used for developing web application. It is framed after four technologies and components, namely-

What is MERN Stack?

a collection of different software tools, MERN stack is one of the popular free open-source JavaScript stacks, which allows the collaborative working of frontend, backend and database. Four different technologies and components, together forms a MERN stack –

Three of them (MongoDB, Express. JS, and Node. JS) are same as of MEAN stack which has been explained earlier under MEAN stack. Apart from these MERN also has React. JS, unlike MEAN stack.

In web world, question of mern stack vs django, always came to front as both are similar in their work. But there is a small difference, djando is used for rapid development-based web applications like blog , whereas mern stack is popularly used for creating big applications such as social media app.

Mean stack vs Mern stack – which is better option?

Though, the working of MEAN and MERN stack is quite similar but the only difference is the use of React. JS and Angular. JS libraries in them.

Mean stack vs Mern stack (At performance and functioning level) –

Each component of MEAN stack communicates with each other in order to have a smooth flow for backend to frontend side. Firstly, Node. JS helps to frame a server-side script in java. Secondly, Angular. JS (backed by google) allows to create a single page application in such a way that if there is any resistance, it informs application. After that, Mongo DB creates document-oriented database, which ends with Node. JS based framework to create web applications through Express. JS.  The main component of MEAN stack- Angular. JS, based on MVC framework, maintains abstraction in coding at good rate, which made better in the functioning of large- scale applications.

Like MEAN stack, every component communicates in a collaborative manner. Started with Mongo DB, it helps to store JSON data and provides an auto scaling on cloud native applications. Express. JS (a backend side application) allows HTTP responses to map URLs to server side. React. JS (a frontend side JavaScript) helps to create coding in HTML faster through communication to client. At the end, Node. JS creates a JSON application, well and faster. In Whole, this stack is really useful for the rapid development of small- scale applications.

In terms of performance, working and functioning wise, MERN stack is much better than MEAN stack in terms of speed, smoothness and communications.

Mean stack vs Mern stack (At enterprise and salary level)-

Though, MERN stack provides Simple UI than MERN stack, but at the end of a day, it’s just a library. Angular. JS on MEAN stack provides well – organized JavaScript to support the MVC architecture, which helps in the development of large-scale applications. Also, MEAN stack provides much teamwork which results in more job placements like data analyst, web mean developer, data scientist and data engineer and more salary through MEAN stack.

So, at enterprise and salary level, MEAN stack is much better option.

Question of which is better between mean stack and mern stack always came front-foot? will always be on front-foot. But in reality, MEAN and MERN stack are becoming first choices by many businesses as both are smooth and modern in nature. Also, both support the architecture of MVC (Model View Controller). Apart from this, protect you from cybersecurity risks. Both of them are trustworthy open-source framework for rapid front-end development. However, difference lies in their scale of working, MEAN is regarded better for large-scale applications, Whereas MERN is preferred for rapid development of small-scale applications.

← Prev: The Government Museum and art gallery, Chandigarh Next: Open Mics In Chandigarh → 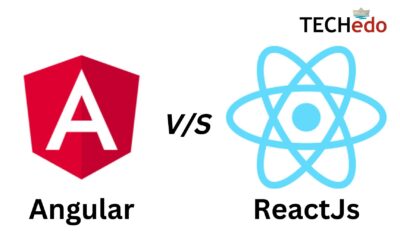 Angular or React Js which is better

When you think of the Java Script ecosystem, you will almost certainly think of Angular and React Js. These are two of...

END_OF_DOCUMENT_TOKEN_TO_BE_REPLACED

First, we all eat, then do anything else. As you all know Chandigarh is best in everything like exploring new places...

END_OF_DOCUMENT_TOKEN_TO_BE_REPLACED

Today in this blog I am going to tell you about the famous Sukhna lake Chandigarh- 'The City Beautiful. It is one of...